I have often been asked the simple question: how is it that a lovely child could turn out to be so strong-willed about food and weight.

We may have to go back to the beginning and I am reprinting a Chapter from The Cockroach Catcher that may give you some clue. There is no reference at all to Anorexia Nervosa! 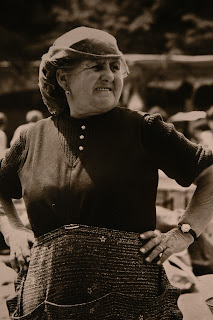 ominic was a boy of nearly three from a rather well-off middle class family. He had an older brother of five and a much older sister of nine. His father worked in the City and earned good money to support their comfortable lifestyle. Mother was often the only one that  attended the clinic with Dominic. Sometimes the older ones attended as well if the appointment happened to be during school holidays.
I used to see many similar ones in my sleep clinic and early handling problem clinic.  Wealth sometime detaches one from the extended family and with modern education and so on, mother’s advice becomes old wives’ tales.  These young mothers much prefer to see their friendly child psychiatrist who is believed to be armed with the latest medical knowledge.
Dominic, like his siblings, was an angelic and smart child. There was one small problem. Since mother’s rather late failed attempt to train him, he had taken to tearing off his large nappy and poo’ing behind a sofa in one of their grandest rooms – the one with the grand piano. He had refused to perform in the Mickey Mouse pot and umpteen other Disney inspired ones. Nor would he use the special attachment on the toilet seat or seats as there were four toilets he could use.  No, he preferred the spot behind the sofa.
Mother was soft spoken and like many of the mothers with sleep problem children too gentle – too gentle in my book. Often these mothers tried to explain things to their six-month olds.  They never shouted at their children. In fact they never shouted at anyone. Most were lucky to have a nice older daughter and in her case a nice older daughter and an older boy.
Knowing where the problem lies is often not the same as knowing what the solution is. It is virtually impossible to try and teach such parents to raise their voice.  That would be like teaching them to be violent to their own child. They have to work it out for themselves.
You mean she became “violent”? My junior would ask me.
Well, I told mother that it was really not a psychiatric problem which of course was vaguely unbelievable to her. I started telling her stories about other mothers with similar but not exactly the same problem and how they managed to resolve things simply by becoming very “firm”.
Very firm indeed!
“You mean you get them shouting?” My junior would ask.
“I never had to.  But it worked.”
“Invariably? So what happened?”
One day she turned up still in her riding gear. She told me she was too excited to go home to change.
“What happened?”
“Well, as you know my cleaning lady had great difficulty cleaning the yellow off the carpet. The different cleaning fluids have not really done the carpet any good.  My husband is having his colleagues from his firm for a big Christmas do and so I have put in a new carpet. I have decided that all I needed to do is to keep an eye on the little devil and catch him before he could do any damage.”
“And?”
“You know he was so crafty.  I had to pretend to be reading my magazine but at roughly the right time I noticed he was edging towards the back of the sofa. I waited a few seconds for him to get to his favourite spot. When he tried to pull down his nappy, I did not know what got to me, I just saw red and shouted: don’t you dare.  Go to the toilet and do the ‘poo’ like everybody else.”
“As if by magic, he looked at me, pulled his nappy up, went upstairs to his own toilet, the one with Mickey, and did the job.” Mother was so proud. “He has been doing the same since.”
We had one happy family again, with one happy grateful mother who had not got a psychiatric problem child.
I often used her story to help other mums.

Email: cockroachcatcher (at) gmail (dot) com.
Posted by Am Ang Zhang at 4:31 AM