It used to be small timers that fake genuine goods: handbags, watches and clothings. Most customers knew that they were getting the fakes but at a small fraction of the genuine item, nobody minds.

Then Cameras: Nikon.
Nikon was the big boy of Japanese camera and at one point dominated the market ousting the likes of Leica in the photo-journalistic world. The Cockroach Catcher knows his cameras as he is a devotee of Leica, Hasselblad and dare I say it: Nikon.

Then came Canon: who sort of pushed Nikon into 2nd place. The 5Dll is one hell of a camera and is even used for movie filming.

Now Nikon D800 arrived and is supposed to be the Canon 5Dlll basher.
First it has a serious focusing problem: how can you beat the other guy if your IT people cannot get the software right!

That has nothing to do with faking, you might say. But in my search for the problems with focusing I found that Nikon used a Canon 5Dll shot movie pretending it was shot with the D800. Wow!!! The Big Boy!

Wait for this: they lifted it from the web infringing copyright and they have now settled: sum undisclosed.

In my post on PIP implant I suggested that the French should stick to wine making: I was unfortunately wrong. They only make the labels it would seem.

In the wine worlds most dramatic news since the Austrians added anti-freeze to their wines years ago one of the big Burgundian houses is in serious trouble. 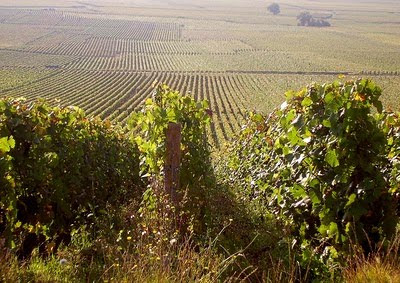 Four directors of Maison Labouré-Roi, the 180-year-old Burgundy negociant house, have been accused of various counts of wine fraud.

…..Public Prosecutor Eric Lallement said during a press conference held in Dijon last night (13 June) that the fraud office was first alerted due to a disparity in figures between what the company was actually bottling and what it should have been, given the yields declared at harvest time. ‘It was as if the company was managing to vinify 100% of its musts, which is impossible,’ he said.

On investigating this, he said police found evidence of several specific frauds: firstly bypassing legal blending limits, affecting every level of the production from Grand Cru, Premier Cru and Village appellations, and adding table wine to wine musts to top up the ‘angel’s share’, Lallement said. He said the suspected fraud related to 500,000 bottles of wine, worth €2.7m in sales.

The second fraud detailed was over wine quality and labeling. ‘When the company needed to fulfil an order of a wine that it had run out of, it swapped labels with other wines,’ said Lallement. The magnitude of this fraud is estimated to be around 1.1m bottles.

The oenologist, the administrator, and now the two owners, Armand and Louis Cottin (aged 82 and 83), have all been arrested. The fraud is believed to have taken place between 2005 and 2009.

Labouré-Roi, owned by Cottin Freres since 1974, is the largest supplier of Burgundy wines to airlines, including British Airways, Air France and United Arab Emirates. It also supplies major retailers, deriving 50% of net sales from exports, and works with hundreds of Burgundy growers.

Masters of wines:
2009 and none of us knew? We must also be asking the Masters of Wine: Did you not taste any of the duds? Decanter gave a 2008 one a Bronze Medal. We should asked the Cottins: what wines did you use and perhaps we should buy those.

The Cockroach Catcher has been drinking South American for sometime and hopefully nobody is faking them yet.