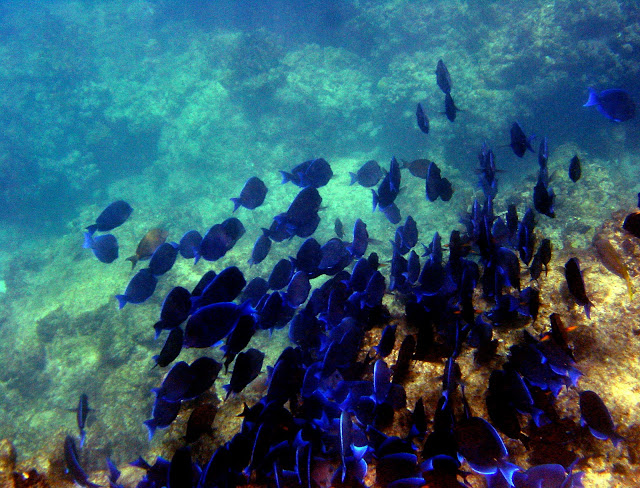 It must be hard to believe that with the number of highly paid management consultants working for the government that any apparent oversight is due to cock-up rather than conspiracy. Yet reading through the Select Committee reports one begins to wonder.

Could it be that for too long, accountants dominated the NHS reforms and somehow nobody took any notice of what the doctors are saying anymore?

On the other hand, could the need to pass health care provision to private providers before anybody could raise enough objections be the reason or was it simply a means to contain cost and let the patients blame their GPs?

Can politicians really blame us for not trusting them? They did in , didn’t they?

A & E (ER to our readers) is perhaps something accountants would like to get rid of. It is unpredictable, unruly (literally) and ungainly as there is a need for the specialist backups. In the era of PCTs and Hospital Trusts, serious battle is fought around A & E. The silly time limit set has caused more harm than the good it is suppose to achieve. That many major A & E departments are staffed by Trust staff and the new GP Commissioners will try their best to avoid paying for A & E attendance & any unplanned admission.

Hospitals tried their best to make more money from A & E and admissions in order to survive. Where is the patient in this tug-of-war of primary care and Hospitals!

What happens when there is a major E. Coli disaster. Who is going to pay for all the dialysis?

There is no better illustration to the wasteful exercise then in all of this internal market and cross charging during recent years and one must be forgiven for concluding that the purpose was to allow private involvement in our National Health Service.

We must be forgiven for not believing that all these AQPs are not great philanthropists and are all there not for the profit but for the common good.


Christmas and New Year will be here soon. The count this year is that over 20 million patients would have attended A & E: A rise from 12 million around 10 years ago!

Look at major hospitals in : Urgent Care Centres are set up and staffed by nurse practitioner, emergency nurse practitioners and GPs so that the charge by the Hospital Trusts (soon to be Foundation Trusts)  for some people who tried to attend A & E could be avoided. It is often a time wasting exercise and many patients still need to be referred to the “real” A & E thus wasting much valuable time for the critically ill patients and provided fodder for the tabloid press. And payment still had to be made. Currently it is around £77.00 a go. But wait for this, over the New Year some of these Centres would employ off duty A & E Juniors to work there to save some money that Trusts could have charged.

Urgent Care Centres are one of the most contentious parts of the NHS reforms. Both the College and the King’s Fund  have consistently questioned the evidence base and the clinical and cost effectiveness for this major policy change2 3. Surprisingly many of the NHS pathway groups still recommend such units. The public will be very confused by the desire of some Clinical Commissioning Groups (CCGs) to re-name the ED as an “Urgent Care Centre” for ambulatory patients.

The perceived problem that CCGs are trying to solve
There is a perception that many patients attending the ED should be treated in primary care. The College’s view is that a relatively small number are clearly non-urgent primary care problems that should have been seen by their general practitioner. A larger group of patients with urgent problems could be seen by primary care if there was timely access to the patient’s GP or out-of-hours services - e.g. at weekends. The College believes that improving access to GPs is the best way of dealing with this issue. At most we think that 25% of ED patients might be treated by general practitioners in an ED setting. There is no evidence to support the contention that 50-60% of ED attendances can be treated in Urgent Care Centres.

The approach of setting up an urgent care centre in front of every ED is an example of demand management. This has already been shown to be unsafe when tried in the .

This is certainly not how Kaiser Permanente would run things: all integrated and no such thing as “cross charging”. In fact the doctors are not on a fee-for-service basis but like Mayo Clinic, Clinic and , doctors are paid a salary.

Q143 Chair: No. I am sorry. My point is that if, as a commissioner, you have to have A&E and you have the power to defend whatever is required to deliver A&E, why do you need a power to designate?

On the integrated care for A&E, yes, there are similarities. I think the critical issue is where you draw the boundaries. If you finish up in a situation where you define the boundaries around A&E as being the whole of the DGH, then you have somewhat frustrated the policy, but I don’t think that should be necessary.


Dr David Bennett is head of Monitor and is NOT a medical doctor.

The internal market’s billing system is not only costly and bureaucratic, the theory that underpins it is absurd. Why should a bill for the treatment of a patient go out to Oldham or , when it is not Oldham or that pays the bill — there is only one person that picks up the tab: the taxpayer, you and me.


The Cockroach Catcher: NHS-Kaiser Permanente: Summary Posts
For ‘Liberating the NHS’ read ‘Dismantling the NHS’
The internal market has been a costly disaster. Let the professionals manage medicine
Mayo Clinic: Health Care is not a Commodity!!!

The NHS & Southern Cross Healthcare: The future is now!!!
The Cockroach Catcher: NHS: Circle to Serco
Posted by Am Ang Zhang at 8:30 AM

Thank you , as a nurse I worked briefly in an urgent care centre & referred to it as the emperors new clothes, what a monumental waste of time ( for the patient) and money. I have a suspicion that using nurses as docs is a false economy, I hope there are some long term studies of patient outcomes being done somewhere. I worked with some excellent nurse practitioners but also with some downright dangerous ones. Managing and prescribing for long term conditions or in specialist areas is OK but I dint feel the course nurses undertake in anyway is enough preparation to make diagnoses .
Also unless it was a minor illness patients eend up having to go to a & e or back to gp for follow up.

I as a junior doctor learnt a lot from nurses. We all have a role to play in the care of our patients and we have our different responsibilities. What is happening now is very sad for patients and sadder still, the govt. pretend not to know.