DR. STOCKMANN: Should I let myself be beaten off the field by public opinion, and the compact majority, and such deviltry? No, thanks. Besides, what I want is so simple, so clear and straightforward. I only want to drive into the heads of these curs that the Liberals are the worst foes of free men; that party-programmes wring the necks of all young living truths; that considerations of expediency turn morality and righteousness upside down, until life is simply hideous.... I don't see any man free and brave enough to dare the Truth.... The strongest man is he who stands most alone.            Ibsen An Enemy of The People

I quoted Prof. Waxman in an earlier post that will be reprinted.

The internal market has been a costly disaster. Let the professionals manage medicine
April 30, 2010  Jonathan Waxman


When I started in medicine, the hospital was run by about three people. Things were so much more simple when doctors and nurses treated patients, doing their best without the guidance of guidelines and targets, doing their best ... yes ... to make the patients better. How did we manage without forms to fill and waiting times compliance? Quite well actually. The medical director ran the medical side of things while matron and the accountant handled the rest. It wasn’t much of a business then: it didn’t have to be, because there was no internal market to manage.
The internal market’s billing system is not only costly and bureaucratic, the theory that underpins it is absurd. Why should a bill for the treatment of a patient go out to Oldham or Oxford, when it is not Oldham or Oxford that pays the bill — there is only one person that picks up the tab: the taxpayer, you and me.
And there are big problems with the billing process. For example, if a patient is seen in an outpatient clinic then there is a charge made by the hospital for his or her first attendance — but follow-up appointments are not charged. And if many treatments are given in a hospital to a patient, only the most expensive of the treatment episodes is charged.
There are savings to be made. It is alleged that there are just 75,000 administrators at work in the NHS but this figure is laughably mythological.
One report by the Centre for Policy Studies published in 2003 indicated that there were 250,000 administrative staff employed in the NHS: at least one administrator for every nurse.
There is a general feeling in the NHS of disempowerment of the professionals. People can’t face up to the incredible struggle, the disapproval that faces any of them if they have the temerity to suggest that things should be run differently.
The principle of care for all from cradle to grave is worthy and wonderful. But the current reality is a cradle rocked by accountants who are incapable of even counting the number of times that they have rocked it. The reality is gravediggers working with a cost improvement shovel made of rust.
Moving patients from one place to another does not save the nation’s money, though it might save a local hospital some dosh. So the internal market has failed because it does not consider the health of the nation as a whole, merely the finances of a single hospital department, a local hospital or GP practice.
So what should we do? Let us go back to the old discipline of the NHS. Let the professionals manage medicine, empower the professionals, the doctors and nurses and shove the internal market in the bin and screw down the lid. At this election time please let us hear from all political parties that they will ditch this absurd love-affair with the internal market. Instead let them help the NHS do what it does best — treat patients, and do so efficiently and economically without the crucifying expense and ridiculous parody of competition.
Reprint:

In The Cockroach Catcher, in the opening chapter I recalled an Anorexia Nervosa patient that has been “dumped” by her Private Health Insurer. 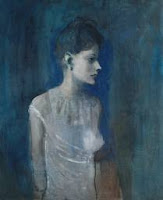 This patient’s father works for a medical supplies company that continued to insure the family. Even then the Health Insurer chose to limit her treatment to 18 months.

Why? Because there is a safety net: The NHS.

Health Insurers write their own rules.

Why? Because there is a safety net: The NHS

“….Ethics in medicine has of course changed because money is now involved and big money too. What was in dispute in this case was that the private health insurance that sustained Candy through the last eighteen months had dried out. The private hospital then tried to get the NHS to continue to pay for the service on the ground that Candy’s life would otherwise be in danger. The cost was around seven hundred pounds a night….’

Let us not forget that many private hospitals can make more money from the NHS because the NHS does not exclude. The NHS pay for everything including those Private Health Insurers chose to exclude.

“……A quick calculation gave me a figure of over a quarter of a million pounds per year at the private hospital.  No wonder they were not happy to have her transferred out.  Before my taking up the post, there were at one time seven patients placed by the Health Authorities at the same private hospital. Not all of them for Anorexia Nervosa, but Anorexia Nervosa required the longest stay and drained the most money from any Health Authority. I have seen private hospitals springing up for the sole purpose of admitting anorectic patients and nobody else. It is a multi-million pound business. Some of these clinics even managed to get into broadsheet Sunday supplements.  I think Anorexia Nervosa Hospitals are fast acquiring the status of private Rehab Centres. Until the government legislates to prevent health insurers from not funding long term psychiatric cases, Health Authorities all over the country will continue to pick up the tabs for such costly treatments……”

I did not agree to that patient staying on at the private hospital paid for by the NHS. That hospital did not like me!!!

The Obama Health reform is dealing a big blow to Health Insurers as by 2014 they will have to take all comers and cannot exclude pre-existing conditions not to say dumping someone like my Anorexia Nervosa patient. Until then, the State or the Federal Government steps in.

The new government in a week’s time should take the first step in legislating against Health Insurers “dumping” patients because of psychiatric diagnosis or so called chronic conditions. That way, private hospitals and insurers can fight it out amongst themselves. At least  the small pot of NHS cash would be safe. That would be a first step.

I doubt if any government would follow Obama’s extremely courageous move of legislating against excluding pre-existing conditions but we could watch what happens in a few year’s time. If we can at least secure the position of those already insured we could save the NHS a great deal of money.

Unlike the US we have a safety net: the NHS.

In a few years time, the government will have to buy back the hospitals as they were running at a loss. The good lands associated with them have gone though and the CEOs all made good money.

I think the hospital consultants are fed up and are happy to go private anyway. Most dentist I know are private, earns a lot and happier.

Do you think the public does not know that the NHS is being privatised?