Child Psychiatry & Fiction: Real life is not so lucky! 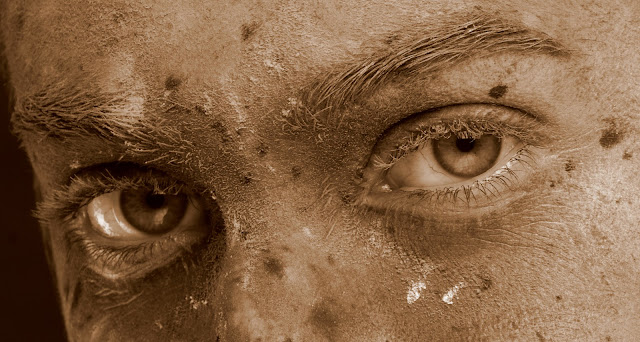 Can real life imitate fiction or is fiction worse than real life. A question I have asked myself in my work as a Child Psychiatrist.

Real life is indeed a one way train: there is no turning back.

Fiction could be horrifying, but the author could indeed control, effect and generally manipulate the outcome.

In my real life work, we of course hope that we can change the course of our patient’s life through our intervention. At other times we seem to be just a reader, reading a real life fictional character. You were not the author and you have no control of the ending.

The saving grace in Child Psychiatry is that we do not often get to the end of the real patient’s book…..

So what has this got to do with the fiction I am reading?

Is that why so many copies were sold worldwide?

Bits of it reminds me of my work……

Before I can tell you about what I am reading, you will need to read about  Amanda.

Then you can read about the girl I am reading.

In fiction, the abused had her revenge. In real life my patients are not so lucky.

The fiction: I was not going to read it as I was not really into Tattoos, piercings and all that stuff.

Real life: The author in true fictional drama, climbed 7 flights of stairs and died of a heart attack. Did some dark force created the power outage? Sound more interesting!!!

Friend on a cruise: great reads, but read them slowly as you need to get use to the names.

Fiction: The state was involved in the systemic abuse of its own citizen, as young as 12 by using psychiatric diagnosis and inhumane methods such as total passive restraint, sensory deprivation and illegal antipsychotic drugs. There were corrupt businessmen and politicians, sex traffickers, bent cops, spineless journalists, biker gangs and meth heads.

Real life: are we talking about former USSR? No but the country is considered a broken machine.

The country: very much like your own!!! With McDonalds, Tattoo bars and S & M clubs.

Real Life: February 1986, Sweden’s Prime Minister Olof Palme was gunned down on a street in central Stockholm after an evening at the cinema with his wife and son. The killer has never been found.               Reuters

The fiction: Millenium Trillogy or “The Girl with the Dragon Tattoo” (in Swedish, “Men Who Hate Women”) was published in 2005, a year after Larsson’s death. “The Girl Who Played with Fire” was released in 2006 and “The Girl Who Kicked The Hornets’ Nest” in 2007.

Real life: an immediate best seller by Stieg Larsson in Sweden and abroad and three films were made in Sweden and one in Hollywood.

The fiction: what fiction would start life with a 6 page detailed botanical description of Leptospermum Rubinette.


The Fiction: a true cowboy story of old. The good guys won, some nearly killed. All the bad guys either died or were caught.
Posted by Am Ang Zhang at 1:00 PM

Email ThisBlogThis!Share to TwitterShare to FacebookShare to Pinterest
Labels: Book, The Cockroach Catcher

Update on the review Am Ang – and I must advise the below is remote from Amanda’s story.

A desperate plea (to borrow your book) from a friend whose son was experiencing behavioural problems in his eldest child, brought forth brought excellent results. The child’s parents saw parallels in one of your ‘case studies’ and it made them stand back and look at their own parenting skills with regards to their daughter.

They report a vast improvement in their child’s behaviour – and their own!

Of course it is true that parents with ‘difficult children’ may not find an answer as in a direct parallel in your book – but it may bring a realisation of how their own behaviours influence the mental health and thus behaviours of their children.

I would recommend that any parent experiencing ‘child rearing’ difficulties read your book and indeed, anyone interested in psychiatry at any level.