For the past three hundred years……we’ve been completely wrong……we don’t know anything about bacteria until about a decade ago….” 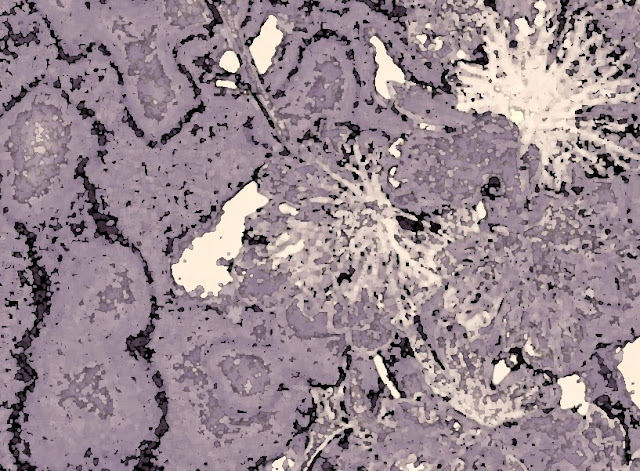 Whether they are growing in a puddle of dirty water or inside the human body, large groups of bacteria have to interact with each other and coordinate their behavior in order to perform essential tasks that they would not be able to carry out on their own. Bacteria achieve this coordination through a process called quorum sensing, in which the microorganisms produce and secrete small molecules, called autoinducers, that can be detected by neighboring bacterial cells. Only when a large number of bacteria are present can the levels of secreted autoinducer build up to the point where the community can detect it and, in response, alter their behavior as a coordinated group.
In a paper published last month in PLoS Pathogens(link is external), a team of researchers led by Sampriti Mukherjee and Bonnie Bassler from the Department of Molecular Biology revealed the existence of a new quorum sensing molecule that increases the virulence of the pathogenic bacterium Pseudomonas aeruginosa. The finding could help researchers develop new antimicrobial drugs to treat the serious infections caused by this bacterium.
P. aeruginosa is an incredibly adaptable organism that can grow in diverse environments, from soil and freshwater to the tissues of plants and animals. It thrives on the surfaces of medical equipment and is therefore a major cause of hospital-acquired infections, causing life-threatening conditions, such as pneumonia and sepsis, in vulnerable patients. The bacterium has become resistant to most commonly used antibiotics, making the development of new antimicrobial treatments a priority for both the Centers for Disease Control and Prevention and the World Health Organization. 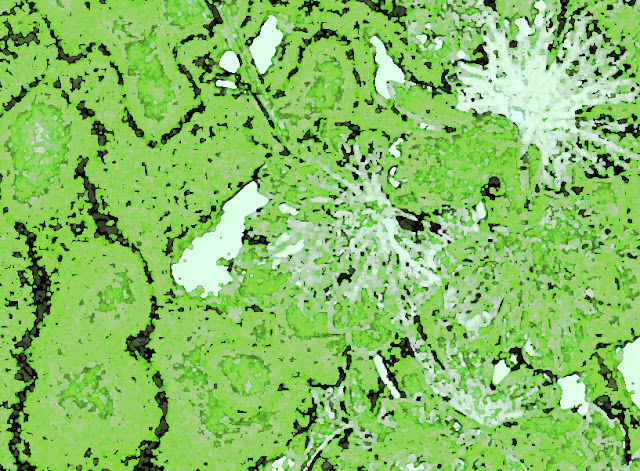 This is the story of a much respected retired professor. As he celebrated his 82nd birthday, we have to be thankful that he must have some strong genes to have survived the last eight months. An unfortunate slip at home fractured one of his ankles, and as a pin was needed a surgical procedure was performed in a local hospital by the Orthopaedic surgeon. For the following eight months an otherwise independent and healthy eighty one year old had to suffer the indignity of many more hospital procedures because of a lingering infection.
“I don’t know” was his answer when we visited him and asked if it was the dreaded MRSA.
He was never tested!
Nearly 15 years since the discovery of Quorum Sensing by Nottingham University the topic seemed to be shrouded in some mystery. The Cockroach Catcher read about it by chance in an airline magazine and his own survey of some recent medical school graduates from Cambridge and Southampton indicated that this was not in their curriculum and they had never heard of it.
There is of course a Nottingham Quorum Sensing website and certainly Cambridge produced some research papers.
Why?
Bonnie Bassler said that all we knew about bacteriology in the last 300 years is all wrong. Strong words indeed. So are we still teaching medical students all the wrong stuff?
Is professional jealousy at work here? Surely not. But Quorum Sensing will itself lead to other exciting findings about the world of the microbe that has so far got the upper hand on the ever so clever Homo sapiens.
Think MRSA and C.difficile and I am sure you will agree.
I know that it is a new field and much of it theoretical and conjectural but I was a medical student once and the greatest buzz for me then was Heart Transplant, and VAMP treatment for some kind of leukaemia. So could we not let the future doctors have some excitement other than the 3G iPhone?
Surely we need to inspire some great brains to go where no men have gone before.
It is now well established that in France and Holland where hospitals do not run to capacity, they do not have the level of MRSA and C. difficile problem that we have here.
I do not think that is the result of them using some of the methods we have been known to use here, i.e. not testing the patients. Their standard of care is probably different and their wards are not as crowded.
We do seem to have lots of “good” lateral thinkers working in the NHS. In the meantime, our well loved professor has decided to move to sheltered housing. Months of struggling with his immobility and inability to go walking, swimming, shopping and getting on with his daily chores robbed him of his desire to be independent. But at least he survived.
What about his hospital manager? Did he or she get the bonus? 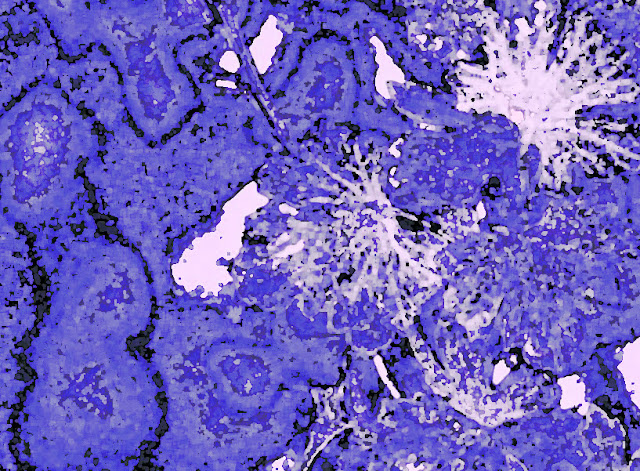 There is a chapter in The Cockroach Catcher called “SARS, Freedom and Knowledge”. I wrote about the SARS virus:
“For the first time, doctors and nurses who were normally in the forefront of the fight against diseases were fighting for survival from SARS (Severe Acute Respiratory Syndrome), a new and dangerously contagious disease. ……
Our knowledge base was in total chaos. What we knew was obviously not good enough. Nor were the most up to date antiviral drugs……”
I am not a bacteriologist nor virologist but that did not stop me writing about these little creatures.
When I picked up the in-flight magazine on a recent flight, an article titled “Genius at Work” caught my eye. Bonnie Bassler is the bacteriologist at  who discovered and pioneered the work on what she now called quorum sensing in microbes. To be more precise her initial work was with Vibrio harveyi. Vibrio is in the family of bacteria that causes Cholera. Vibrio vulnificus is carried by oysters and was most likely responsible for the serious illness of Michael Winner, film producer and now food writer of the London Sunday Times.
On following this up back home, I found an article on the website of Howard Hughes Medical Institute – she is one of the HHMI Investigators. From this article, I learned that:
“Virulent bacteria do not want to begin secreting toxins too soon, or the host's immune system will quickly eliminate the nascent infection. Instead, Bassler explained, using quorum sensing, the bacteria count themselves and when they reach a sufficiently high number, they all launch their attack simultaneously. This way, the bacteria are more likely to overpower the immune system….
For the past three hundred years……we’ve been completely wrong……we don’t know anything about bacteria until about a decade ago….”
Wow! Just as we thought we knew everything there is to know about microbes.
Bonnie Bassler will one day get the Nobel prize for medicine. You read it here first.
Fascinated, I wanted to find out more about this genius. I would like to share with you her answers to some of questions that children were invited to ask about her life and work:
“You all asked me essentially the same question: how and when did I get interested in science. As a kid, I loved doing puzzles, solving riddles, and reading mystery books. I also loved animals and always had pets. Around high school, those interests (puzzle solving and animals) convinced me that I should be a veterinarian so I could work on mysterious illnesses in animals and cure them. In college, I realized I did not like big-bloody stuff. It became clear to me that I probably wouldn't enjoy being a vet, but I did not know what I'd do instead.
Fortunately, the vet curriculum required me to take biochemistry, genetics, and lab courses. Once I got into those classes, I fell in love with doing puzzles about little things (DNA and RNA and proteins and how they all fit together in cells). I also adored doing lab experiments and puzzling over my results. I realized that lab research was the perfect path for me. It allowed me to spend every day figuring out mysteries/puzzles that have to do with what make us alive. What could be a bigger mystery or puzzle? I changed my major in my junior year, and I have not left the lab since. (I still love animals and have a pet—Spark my cat—and I often go hiking hoping to see animals in the wild.)
I think being open-minded about what Nature is trying to tell you is the key to being creative and successful.” 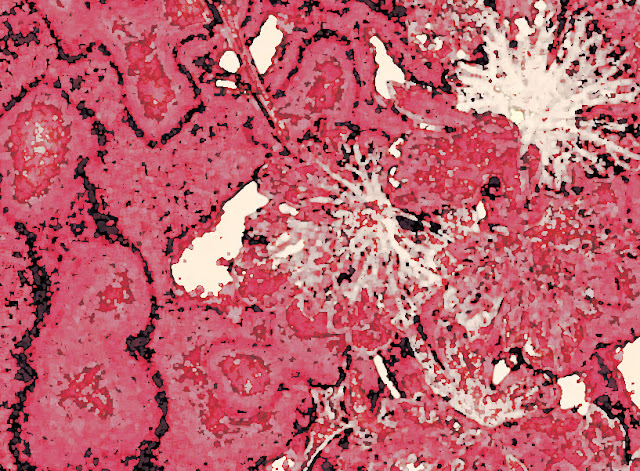 Now in , only a couple of Medical Schools require biology. In my book, I puzzled over this fact:
“The ability to dissect out a full set of cockroach salivary glands was a prerequisite requirement for medical school entrance in  in our days. It is almost a 180 degree turn around nowadays when many young doctors have no idea about the biological world we live in. Nearly all Medical Schools in  no longer specify biology as a prerequisite subject for anybody who wishes to embark on the study of the human body. As we are so intertwined with the rest of the living biological world I find this policy quite extraordinary.”

Hospital Infection: Quorum Sensing
Aug 23, 2008
Nearly 15 years since the discovery of Quorum Sensing by Nottingham University the topic seemed to be shrouded in some mystery. The Cockroach Catcher read about it by chance in an airline magazine and his own survey of some recent ...

The Cockroach Catcher: Quorum Sensing & E.Coli
May 27, 2011
Instead, Bassler explained, using quorum sensing, the bacteria count themselves and when they reach a sufficiently high number, they all launch their attack simultaneously. This way, the bacteria are more likely to overpower ...

Book I am reading: 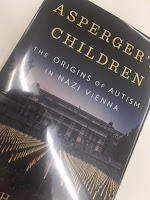 As the Nazi regime slaughtered millions across  during WWII, it sorted people according to race, religion, behavior, and physical condition for either treatment or elimination. Nazi psychiatrists targeted children with different kinds of minds―especially those thought to lack social skills―claiming the Reich had no place for them. Asperger and his colleagues endeavored to mold certain “autistic” children into productive citizens, while transferring others they deemed untreatable to Spiegelgrund, one of the Reich’s deadliest child-killing centers.

There is very much more to teach around this. We have some online college courses for that.

In case you are looking for jquery development, I can assist!