12.02pm: Cameron's Lady Thatcher moment: U-turn if you want to, this PM is not for turning. He comes out batting for the reforms in answer to an ITN question on Chris Huhne and the Lib Dems doubting Tory plans.
First the PM says Huhne denies the allegations. PM says that "the whole cabinet is behind these plans"; this is not a split between Conservative and Lib Dems. The PM says he ordered the government to pause because he is the one who cares the most about the reforms in the cabinet. He says that people are making "fair points" about competition and integration, but he thinks that he can meet those points.


12.44pm:
The prime minister, who announced that the government would respond to the findings of Steve Field's "listening exercise" by the end of next month, outlined some of the key changes to the health and social care bill. They are:
• The new GP-led consortia, which will replace Primary Care Trusts, will have a wider membership. Hospital doctors will be more closely involved.
• Competition will not be introduced to the NHS "for its own sake".
• There will be no cherry-picking of NHS services by private companies.
• The NHS will look reasonably similar after the changes and will notbecome a "space age institution".

1.26pm: Our health correspondent Denis Campbell
But, crucially, the speech does seem to confirm that, once plan B on the health bill emerges, probably later next month, it will be significantly different to the masterplan that Lansley has championed for 10 months now. In his interview with the Guardian last Saturday Field in effect shot the competition fox that has got the medical establishment so worried. Field rejected Lansley's future vision of hospitals having to compete with each other in a heavily marketised NHS and said that the regulator Monitor's duty should instead be to promote cooperation and collaboration between them, and better integration of health services - an approach much better suited to the needs of individual patients' needs, he stressed.
A broad consensus on what plan B might well will look like is emerging from Field's comments, health select committee chairman Stephen Dorrell, the Lib Dems' "red lines" on key issues and now today's speech. It will still be a radical plan for the NHS from a government that, as Cameron said, sees the NHS as as important a priority as the budget deficit, welfare reform and education. It just won't be the plan that Lansley - and until now Cameron too - have been trying in vain to sell since last summer.
There is a simple solution to the money problem and it is not through privatisation as that only moves money to the private sector.
Look what is happening now to Care Homes.  (Care Home Crisis in Southern Care Homes)

If there is not enough money, reform will cost more as PCTs staff will be made redundant and many will be employed by Monitor as they need an army of accountants.


You must have an integrated service with no internal market like Mayo Clinic and Kaiser Permanente.  That will save a lot of money.


Mayo Clinic: Health Care is not a Commodity!!!
NHS-Kaiser Permanente: Summary Posts
Latest: Is this it?
4.34pm: Our Whitehall correspondent Polly Curtis has just sent this report from Westminster:


There are whispers in Westminster about the choice of venue for the prime minister's health even this morning. Ealing Hospital has recently contracted Care UK, a leading health firm, to set up an urgent care centre to relieve the pressure on its A&E department. The centre, which will treat the less urgent cases that present at the hospital's emergency room, is due to open in July and the contract was awarded last April. The name Care UK may ring bells. There were questions about its relationship with the health secretary, Andrew Lansley before the election. John Nash, the company's former chairman, and his wife Caroline have also donated to the Conservatives. Some 96% of Care UK's work is with the NHS and it is likely to be one of the biggest private sector beneficiaries of the NHS reforms.


In an earlier Blog: 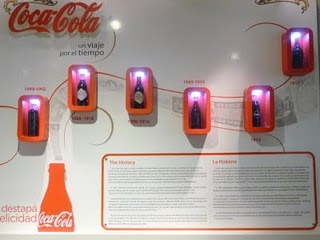 No, I do not know if he drinks it. Coca Cola did an U-turn and has rescued what most perceived as a sure disaster. Or did they? As conspiracy theorists believe that it was part of a big publicity exercise. Only Coca Cola knew the truth.

Looks like our own Prime Minister may be extremely clever. If he did a Coca Cola U-turn now, he would be so popular as the one who saved the NHS from a number of plotters.
After all, they were everywhere:
The Plot Against the NHS
Colin Leys and Stewart Player
Secrecy, misrepresentation, manipulation of statistics, lies and the suppression of criticism.
This very condensed account omits several major issues that are covered in the book Stewart Player and I have been working on. Among other things it omits the way the shift to a market has already been anticipated by the Department of Health, in dozens of initiatives and ‘pilots’. It omits the development of the private health industry, which is now on the verge of a dramatic expansion at the expense of the NHS budget. It omits fraud, which is so much part of the history of many of the companies involved, and which seems bound to become as endemic here as it is in the US and other healthcare markets.
But one question can't be entirely omitted from even this brief account: how could the NHS be abolished as a public service without a debate and without the public knowing? The answer is really the story of what has become of democracy in the neoliberal age, condensed into a single case.  Spin, of course, has played a big part – secrecy, misrepresentation, manipulation of statistics, lies and the suppression of criticism. But even more important has been a radical change in the nature of government: in effect, the state itself has been privatised.
First, in terms of personnel, the boundary between the Department of Health and the health industry has become so permeable as to be almost non-existent. By 2006 only one career higher civil servant was left in the Department’s senior management team. The rest came chiefly from backgrounds in NHS management or the private sector. In addition, senior positions in the department were filled with personnel recruited directly from the private sector, while former department personnel (including two Secretaries of State) moved out to firms in the private sector. The revolving door has revolved faster in the Department of Health than in any other part of government except perhaps the Department of Defence. Conflict of interest has become so routine as to be almost unremarked. The idea of a boundary between the public and private sectors, which civil servants and ministers police in the public interest, has gone out of fashion.
Second, policy-making has been outsourced. This is an oversimplification, but not much. A so-called health policy community developed, structured especially around two main think tanks, the Kings Fund and the Nuffield Trust. The current Chief Executive of the Kings Fund was formerly director of strategy at the Department of Health, and so was the current vice chair of the board. Their governing bodies also have strong private sector representation and their seminars and conferences are where the market plans have been developed and disseminated. And this has been done partly at public expense, as these and many other think tanks, some of them militantly neoliberal, are charities, and so tax-funded.
Third, and particularly important in the run-up to the 2010 election, is the health industry lobby. Tamasin Cave and David Miller at Spinwatch have made a remarkable short film on the health lobby, called ‘The Health Industry Lobbying Tour’ which you can watch online at Spinwatch.org. When you have seen it you understand a lot more about Andrew Lansley and where his ideas are coming from.
20 years
I’ll leave it there. But just in case you are not convinced of the design behind this, and don’t think it is fair to call it a plot, let me add just one more item. In January there was a discussion on Radio 4 between Matthew Taylor, who was once Blair’s chief of staff, and Eamonn Butler, the Director of the Adam Smith Institute, where Tim Evans also works – same Tim Evans who negotiated the concordat with Milburn and looked forward to the NHS becoming just a kitemark. They were asked if they thought the NHS was really going to become ‘a mere franchise’. Butler replied, quite casually, ‘It’s been 20 years in the planning. I think they’ll do it.’
So,
David Cameron:  ‘It’s been 20 years in the planning!’  Do you think they will do it? Or was it you as well!!!
Or will you do a Coca Cola?