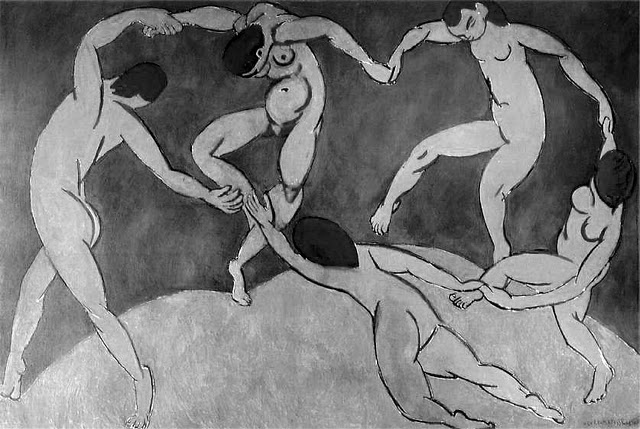 No clothes!!! © Am Ang Zhang 2011
Can it be so simple that David Cameron is ignorant of the pitfalls of competition in matters that concern our health or perhaps more appropriately our ill-health? Can he not see it at all or was there a different plot?

Can we really think that McKinsey could make mistakes and put the wrong person in the wrong place? They invest in people and they are everywhere.
The greatest threat to the NHS is perversely that of its regulator and in turn it is a threat to our democracy as the regulator is not elected and therefore not accountable to the electorate.
In The Guardian:

“……Tom Clark our leader writer says the real problem with the bill is the fact that the new regulator has a duty to promote competition where appropriate. He points out that in a previous life as a special adviser the regulator used his powers to squeeze state bodies in order to open up the space for private providers. It's why he is so against competition.”

For my money, the most important line in the whole of the health and social care bill is found – if I have the chapter and verse citation system right – at clause 56 1(a). It lists the first duty of the regulator Monitor, which is being transformed from the Foundation Trust hospital's overlord into being the economic regulator of the whole healthcare market, as being "promoting competition where appropriate".

The "where appropriate" sounds reassuring, but we've been here before, not least with the privatisation of the utilities, which Andrew Lansley worked on as a young civil servant, a time in his career from which he continues to draw conscious inspiration. In the beginning the 1980s utilities regulators focused on tight price regulation (RPI - X as it was called back then) to stop the former state monopolists from ripping customers off, but in time the orthodoxy changed. Particularly in electricity, market minded regulators soon made it their business to cut their charges down to size. Regulated markets, they reckoned, were never as efficient as competitive ones, so they saw it as their primary duty to restrict the market share of the old players.

Royal Mail & PostComm
When Labour set the Royal Mail on a new commercial footing, around a decade ago, it set up a regulator, PostComm, which was also charged with promoting competition to the extent it was desirable, and as a special adviser at the Department for Trade and Industry in 2005-06 I saw the miserable consequences up close. Instead of straightforwardly capping stamp prices, as one might expect, the regulator warned Royal Mail not to cut prices in those markets too aggressively in those markets (notably bulk market mail) where it faced stiff competition from new commercial entrants. The aim was to lever these new players into the market until they achieved a truly significant slice of the pie, and the Mail's hands were tied to ensure that this happened. Only then, the regulator reasoned, would competition become real, and so only then would the magic of the market work.

Well, perhaps there have been benefits for bulk mail customers, I am in no position to judge, but I don't think many would claim that there have been many benefits for the Royal Mail itself. It has limped from one crisis to the next, and then on to bailout and now finally towards privatisation.

Pro-competition mania at Monitor
There have been troubling noises, including at one point from Vince Cable, about how the universal one-price tariff can be protected. But these problems are of nothing compared to what would happen to our hospitals if the pro-competition mania got entrenched at Monitor.

Unelected Regulators
The unelected regulators, who regard themselves as beyond the reach of elected politicians, might turn out to be sensible people. But if they turned out to be the type to dance with dogma, then they could end up making it their mission to give new private players some particular percentage of the new healthcare market, which would of course mean denying the same volume of work to NHS hospitals. And that would have the unavoidable corollary of forcing a good number of them to the wall. NHS training arrangements, the integration of care and a decent geographical spread of provision could all go to the wall with them in tandem. No doubt there are safeguards, but wouldn't it be better to recast the bill, so that the regulators were charged merely with "overseeing" competition where it exists, as opposed to actively promoting it? After all, as any medic can tell you, prevention is better than cure.

Competition & Cartels
Let us see what competition led to in the Airline industry: Cartels, cartels and more cartels!!!

According to federal prosecutors, when the airline industry took a nose dive a decade ago industry executives tried to fix it, with a massive price-fixing scheme among airlines the world over, that artificially inflated passenger and cargo fuel surcharges to help companies make up for lost profits. Convicted airlines include British Airways, Korean Air, and Air France-KLM.

The Lufthansa and Virgin Atlantic mea culpas allowed them to take advantage of a Justice Department leniency program because they helped crack the conspiracies.

British Airways was fined 104m euros, Air France-KLM 340m euros and Cargolux Airlines 79.9m euros.
The fines follow lengthy investigations by regulators in Europe, the US and Asia, dating back to 2006.
The EU said that the airlines "co-ordinated their action on surcharges for fuel and security without discounts", between early 1999 and 2006.
Singapore Airlines 74.8m
SAS   70.2m
Cathay Pacific       57.1m

These are some of the most respected names in the industry!!!

NHS & The Mayo Model: What if!

“The best interest of the patient is the only interest to be considered.”


Mayo Clinic: Health Care is not a Commodity!!!

The book: The Plot Against the NHS
Posted by Am Ang Zhang at 12:49 PM

What will EU do about Health Cartels.

And what about the CPA/UKAS/ISO "quality management" cartel extending from pathology through measurements in other clinical areas?
http://isowatch.wordpress.com/2011/06/07/going-where-no-iso-has-gone-before/