is well known for its Safari. 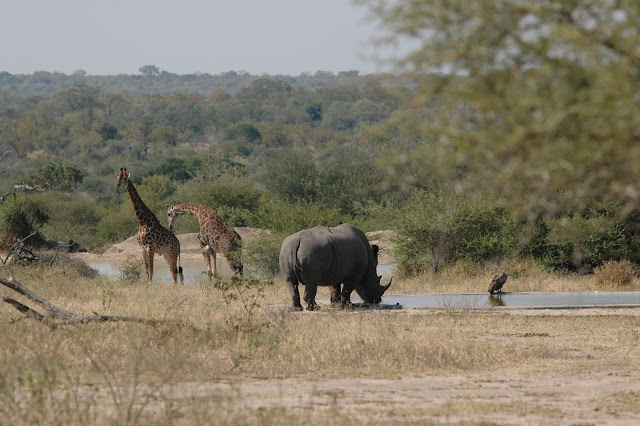 But now it may be famous or infamous for a different kind of safari:
Surgical safaris

health MEC Theunis Botha told reporters on Sunday that he would meet with his management team on Monday to discuss the Netcare kidney debacle and the new twist of alleged involvement of hospitals.
The is known worldwide for surgical safaris, which are apparently sold as popular tourist packages.

"We have some of the world's best physicians here and our region is a popular health destination. There is much responsibility that comes with this," said Botha. "At the end of the day it is about the safety of patients for us and with that also ethical integrity."

Mail & Guardian
Kidneygate: What the Netcare bosses really knew
Apr 29 2011
On May 27, four surgeons are due to stand trial for their part in 's kidney trafficking scandal.

But evidence in the Mail & Guardian's possession suggests that top Netcare executives are fortunate not to be standing beside them.

"Kidneygate" is the long-running saga of how -- between about 2000 and 2003 -- about 200 Israeli patients with kidney disease were brought to to receive organs from living donors who were presented as their relatives.

The donors were in fact poor Brazilians, Israelis and Romanians who were recruited by international organ traffickers and paid a relatively modest sum to give up a precious kidney -- a criminal offence under South African law.

To make matters worse, at least five of the donors are now known to have been legal minors at the time of the operations.

The four doctors -- John Robbs, Ariff Haffejee, Neil Christopher and Mahadev Naidoo -- are bitter at finding themselves at the short end of a chain of ethical dissimulation.

In theory, the buck stops with the doctor doing the cutting, but in reality, the transplant surgeons were little more than skilled mechanics dealing with bodies on an assembly line, maintained, paid for and legally underwritten by the big healthcare factory that is the Netcare Group.

The company won a controlling stake in the British hospital group on Monday, after a bout of frenetic dealmaking that saw management teams in and go for 96 hours without sleep.

'We were the underdogs, the total outsiders in this - people warned us that we didn't stand a chance against these huge bidding companies.' - Richard Friedland, Netcare CEO

But wait, these are the very clever underdogs that said sorry last November and were found out again this year!!!

Netcare says sorry again for kidney scandal
Nov 15, 2010 11:54 AM
"We sincerely and unreservedly apologise...," said group CEO Richard Friedland in at the release of the group's annual results for the year ending September.

Netcare was fined R7.8 million last week after it pleaded guilty to unlawful surgeries in which human kidneys were illegally acquired and transplanted at one of the company's hospitals in .

Friedland said it was "not acceptable and we certainly don't condone it".

Johannesburg, South Africa - In a first for South Africa's private healthcare industry, Network Healthcare Holdings Limited (Netcare) and the UK-based Morecambe Bay Hospitals NHS Trust (MBHT), a National Health Service Trust, have entered into an historic agreement whereby a team of 40 South African medical and healthcare personnel will travel to the UK to perform over 800 cataract operations on patients resident in that country.

Known as 'Operation Cataract', Netcare will work in conjunction with MBHT in an attempt to address an extensive backlog of patients awaiting cataract operations in the North Lancashire and South Cumbria area of .

What principles do you really mean?


Here is what healthcare group Netcare wants you to believe: 109 kidney transplants were performed at the St Augustine's Hospital in Durban, racking up bills of about R21-million, and senior management wasn't paying any attention.

It couldn't have been expected to notice that 109 well-off, Hebrew-speaking Israelis had passed through the doors in quick succession, accompanied by 109 poor people, most of them Portuguese-speaking Brazilians. Neither could it be expected to question the affidavits signed by all 218 stating that they were relatives.

The Telegraph:
The worst performer was the Greater Manchester Surgical Centre, run by South African group Netcare. There, only 56 per cent of contracted procedures were carried out. Netcare received nearly £38m for “phantom” operations.

"Netcare's immoral and criminal behaviour shows us that the private health company's primary concern is not to improve and provide quality healthcare to South Africans but how much money they can make from the plight of the sick and poor people,"     Nehawu spokesperson Sizwe Pamla

At the centre of the scandal was Netcare, SA’s biggest private hospital chain, whose transplant teams in Cape Town, Johannesburg and KwaZulu-Natal (KZN) are believed to have performed over 300 illegal kidney transplant operations between 2000 and 2003.
To Helberg’s list could have been added anaesthetists, cardiologists, radiologists, SA Blood
Services and pathologists in each city – teams of up to 40 people who ensured that each transplant ran smoothly.
Yet it was just four surgeons, Profs John Robbs and Ariff Haffejee and Drs Neil Christopher and Mahadev Naidoo, who found themselves at the threshing floor of the scandal at Netcare KZN, also known as St Augustine’s Hospital, having performed 109 transplants there.
They spoke to Medical Chronicle in an exclusive interview and revealed the immense suffering they have endured as a result of what they see as having taken the fall for a country-wide operation run by Netcare.

The doctors believe when Netcare KZN entered a plea bargain in 2010 without their knowledge, resulting in charges being dropped against Netcare and its CEO, Richard Friedland, they were effectively abandoned and left to pay the price for every illegal transplant that took place in SA during that time.

Not that the surgeons have been found guilty in court. After years of delays, during which the prosecution repeatedly postponed for lack of evidence, the case was finally thrown out of the High Court on 15 December last year. They were given a permanent stay of prosecution and the state was ordered to pay the costs of the application to quash the charges.

National parks and safaris have lot of animals such that they need proper care and for that there should be proper vaccination need to be done. I like to visit many places like these national parks.

Excellent question - What principles do you really mean?

These facts, "only 56 per cent of contracted procedures were carried out. Netcare received nearly £38m for “phantom” operations." are alarming. What kind of patient care does the company provide?

NHS patients must have access to the very best and safest medical care, as quickly as possible.