Many disabled people overcome their disability and compete in sport events to a high level – a testament to the power of human resilience. 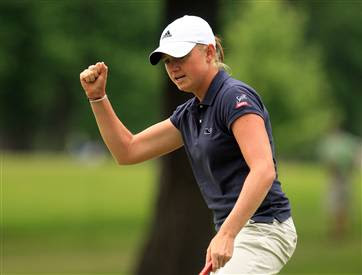 In the US Women Open last week, Stacey Lewis, who led into the final day and in the end just missed being joint second by one stroke, suffers from scoliosis and has a metal rod and five screws to support her vertebrae. You may think it is not so bad except golf is all about twisting your spine. For four months after surgery, she was only allowed to chip and putt and nothing else. That must have improved her short game a lot.

Unfortunately she had such a bad break on the final hole, landing her ball in the bunker such that it was impossible to get any stance that would have enabled her to get the ball to any reasonable proximity to the hole. She did her best under the circumstances, managed a par. 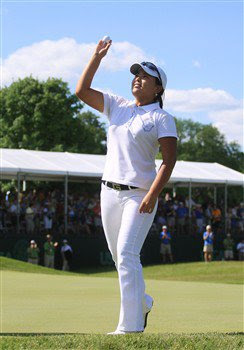 made history by being the youngest to win the US Open at the age of 19, just under ten years after starting golf. On one of LPGA’s longest tournament course, Park, herself not a long hitter, proved yet again that one putts for dole. I feel sorry for some talented players that shall remain nameless being pushed to drive some further yards by their coach. For what, I asked: for show, obviously.

The other Park, Angela, who I followed on the second day of the recent Ginn Tribute, led on the first day and was joint third with Stacey and In-Kyung Kim. Her short game was good too. 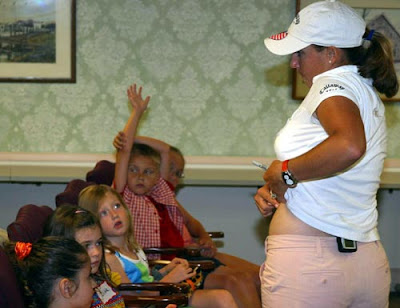 One of the veterans, Kelli Kuehne, suffers from diabetes from age 10 and she now wears an insulin pump. She has not done too well for a while but seems to have got better recently.

And then there is Butch Lumpkin, the Thalidomide sufferer. Here is the video from the Golf Channel.

He plays off an eight handicap and drives 260 yards. But watch his putts. He is known as the man with no arm. He plays tennis too. He just does not complain and rises to every challenge. "Life is all about adapting to what lies ahead," he said.

His ambition is to play Tiger Woods for his usual wager, a Chipote ice cream. Come on, Tiger, for charity.

Wow that's really amazing I have heard a new app calories in an apple this app is great and I have started looking at it. Thanks for the help and for suggesting the matter I will go forward with it. Keep publishing and writing new article.