"Different forms of learning result in memories by changing that strength in different ways. Short-term memory results from transient changes that last minutes and does not require any new synthesis of proteins, Kandel said. However, long-term memories are based in more lasting changes of days to weeks that do require new brain protein to be synthesized. And this synthesis requires the input of the neuron’s genes." Eric Kandel. 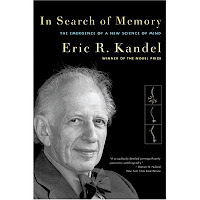 In his book In Search Of Memory, he remembered his arrival in in 1939 after a year under the Nazi in :


“It gave me both pleasure and pride to learn later that Baruch S. Blumberg, who won the Nobel Prize in Physiology or Medicine in 1976, had also benefited from the extraordinary educational experience provided by the Yeshivah of Flatbush.”

Lord Brain:
When I was training in in the 70s, I spent some time at . Those in the know will recognize it as the place for neurology this side of the . It was drilled into us then that sadly we were given a number of brain cells when we were born and it was all downhill from then on or something to that effect. It was well known that neurologists were great diagnosticians but for most neurological conditions, not much could be done. How depressing indeed. Even as recently as four weeks ago, I heard a young doctor told his father that there was nothing he could do with his brain cells. One is given so many at birth and no more can be expected. Lord Brain (1895-1966) would have been so proud.

Yet it was also that shook the world with new discoveries about the brain, and the study was on the most unlikely group of people: Taxi drivers. Their “KNOWLEDGE” was the basis of our knowledge on brain plasticity today. The “KNOWLEDGE” is a term officially used to describe the test the Taxi Drivers had to take to get the licence to drive Taxis in . Streets in have evolved over time and are not on any grid system at all. Early postmortem examinations led some pathologists to note the small size of the Taxi drivers’ frontal lobes. Yet actual weight measurement showed that size was all relative. It was the enlarged hippocampal region that created that impression. Later work using modern scanning techniques confirmed the early impressions.

Playing musical instruments requires both manual dexterity and memory work, and musicians are often good mathematicians, possibly because of the proximity of the areas in the brain for these functions, although it may not be that clear cut. Making children recite poems is not a bad idea either, nor indeed the study of Latin, or anatomy work for medical students, as these activities all help to exercise their brain.

Now lessons in music instruments are no longer offered in most state schools in the , nor is Latin. Medical schools are moving away from rote learning. Good intentions may indeed have major drawbacks that could affect generations to come.

By the way, if you have been trained to have a good memory, that ability will transfer easily to the remembering of the taste of wine! Think about it, the brain is very economical in its application, and is still the best computer around.

Mmmm….perhaps that is why two of my friends started learning the piano when they retired. And they joined wine clubs too. They too might know a thing or two.

If we want our children to have a future, bring back music, rote learning and poetry, and let medical students toil through anatomy.