It is a common practice for politicians to ignore professional advice. Sometimes they might get away with it; sometimes it led to failure, gross failure as in the case of the French attempt at building the .

Can we really learn anything from such a colossal failure? 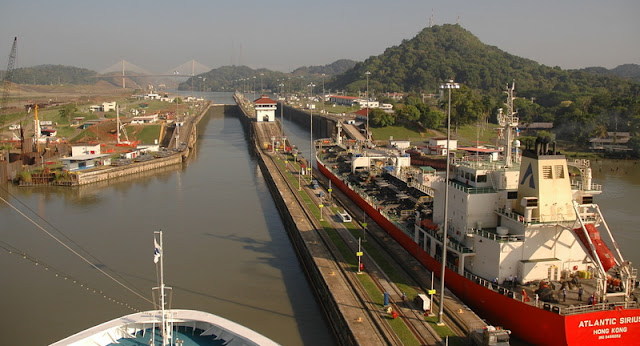 In 1879, Ferdinand Marie de Lesseps, with the success he had with the construction of the Suez Canal in Egypt just ten years earlier, proposed a sea level canal through Panama. He was no engineer but a career politician and he rejected outright what the chief engineer for the French Department of Bridges and Highways, Baron Godin de Lépinay proposed, a lock canal.

The engineer was no match for a career politician:

“There was no question that a sea level canal was the correct type of canal to build and no question at all that Panama was the best and only place to build it. Any problems – and, of course, there would be some - would resolve themselves, as they had at Suez.”

“The resolution passed with 74 in favour and 8 opposed. The ‘no’ votes included de Lépinay and Alexandre Gustave Eiffel. Thirty-eight Committee members were absent and 16, including Ammen and Menocal, abstained. The predominantly French ‘yea’ votes did not include any of the five delegates from the French Society of Engineers. Of the 74 voting in favor, only 19 were engineers and of those, only one, Pedro Sosa of Panama, had ever been in Central America.”

The French failed in a spectacular fashion.


They did not listen to the Medical Profession:


Diseases like yellow fever and malaria played their part as a sea level canal involves a good deal more digging.

The discovery of yellow fever being carried by mosquito must be credited to one Cuban physician:Carlos J. Finlay.

For twenty years of his professional life, he stood at the center of a vigorously debated medical controversy: the etiology of yellow fever. Finlay believed that it was waterborne and carried by common mosquitoes: Stegomyia fasciata.

Finlay's advice and experiences proved invaluable to the United States Army Yellow Fever Commission. When the Commission decided to test the mosquito theory, Finlay provided the mosquitoes andWalter Reed of the Commission wrote triumphantly after the success of the experiments of inducing yellow fever by mosquito bites, ‘The case is a beautiful one, and will be seen by the Board of Havana Experts, to-day, all of whom, except Finlay, consider the theory a wild one!’ The US experiments vindicated Finlay's two-decade-long struggle.


Reed acknowledged that ‘it was Finlay's theory, & he deserves much for having suggested it.’

"His reasoning for selecting the Stegomyia as the bearer of yellow fever is the best piece of logical reasoning that can be found in medicine anywhere."

The discovery by Major Ronald Ross that malaria was transmitted by mosquitoes (Anopheles)had tremendous impact on the Panama Canal.

Crude oil was used on stagnant water to prevent the mosquito proliferation and nets were used to protect workers. Quinine was extensively used to treat malaria. A lock canal was eventually built by the Americans.

Some say that a large part of the eventual success on the part of the United States in building a canal at Panama came from avoiding the mistakes of the French. Knowing the causes of diseases must have helped.


David McCullough in his book "The Path Between the Seas" wrote: "The fifty miles between the oceans were among the hardest ever won by human effort and ingenuity, and no statistics on tonnage or tolls can begin to convey the grandeur of what was accomplished………It is a work of civilization."

Many reasons can be stated for the French failure, but it seems clear that the principal reason was de Lesseps’ stubbornness in insisting on and sticking to the sea level plan and the inability to deal with yellow fever and malaria played a major part.  But others were at fault also for not opposing him, arguing with him and encouraging him to change his mind.  His own charisma turned out to be his enemy.  People believed in him beyond reason.

Could any of us learn anything from this experience? Perhaps doctors have a role to play too!!!

We learn little or nothing from our successes.
They mainly confirm our mistakes, while our failures, on the other hand, are priceless experiences in that they not only open up the way to a deeper truth, but force us to change our views and methods.

Loquat, Winter Melon & Sapote
Coffee in Panama – Faking Is Not All Bad
Posted by Am Ang Zhang at 7:28 AM