In my book The Cockroach Catcher I described how I was suddenly confronted with a piece of work by Mondrian. I have to confess it was not an artist I have heard of at the time. I did not think it was a favourite for most others at the clinic. In a sense I inherited it by accident. Having stared at it for the better part of two and a half years and then spending the next thirty plus years comparing it with other modern art in museums round the world, I have come to appreciate it more and more. 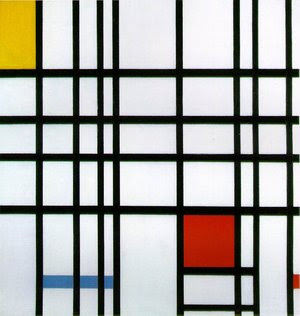 Composition with Yellow, Blue and Red (currently on display at Tate Liverpool)

This is how the scene was described in the book:

“……..“Mondrian.”
“Very neat,” I said.
“It is rather, I think you should have it in your room.” Miss Frys replied.
“Thanks.” Had I managed to resolve some irresolvable conflict or had I been categorised already? In any case the Mondrian would be fine on its own.

Years later I found out that even the Tate rejected Mondrian, but then the Tate also rejected Picasso………”

The Tate now of course has several Mondrian works.

Finally, happy Year of the Rat to you all!

Buy the book: The Cockroach Catcher