Flight into Health - Why Do People Get Better?

I was pointed in the direction of a very interesting book Why Do People Get Ill and the blog of David Corfield, one of the authors. The authors of this book (the other author being Darian Leader) put forward the hypothesis that the activity of our immune system is closely allied to the network of nerves and the brain and is markedly influenced by events in our lives. It started me thinking about some of my patients who got better very quickly. 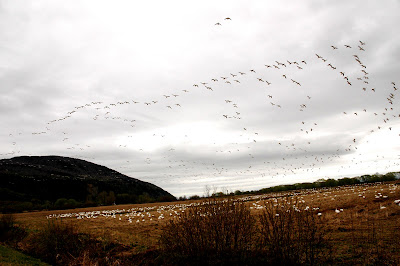 “Flight into health” is a term often used to describe recovery that can hardly be attributable to the orthodox psychotherapeutic process.
Different explanations have been offered and the commonest one is back to the patient – the need to avoid painful re-discovery of the unbearable past. According to some patients in Cognitive Behaviour Therapy, they would rather get well because they could not face the tedium of keeping all those detailed diaries.
Independent of the form of psychotherapy used, there will be interesting cases of “flights into health”. It is always nice when the improvement is attributable to the therapist. However, it is more like a delusion if the therapist believes every such improvement is down to him. As Jung put it, we do not learn from successes, only from failures.
Regarding the rapid “cures” I have had, I honestly do not have such “delusional” views. (The Cockroach Catcher contains stories of such rapid cures.) In these cases, could some positive “chemical” change have been induced that is the opposite to that described in Why Do People Get Ill?
Popular Posts:
Picasso and Tradition?
Teratoma: One Patient One Disease?
Teratoma: An Extract,
A Brief History of Time: CPR (Cardiopulmonary Resuscitation)
House M.D.: Modern Tyranny
House M.D. : 95% vs 5%
The Book: The Cockroach Catcher
Posted by Am Ang Zhang at 12:01 AM